Found this huge raised bed at Bunnings for $99 and thought, well, why not? It’d be good for growing rolls of vege like kailan (courtesy of Uncle David!), bokchoy and lettuce. 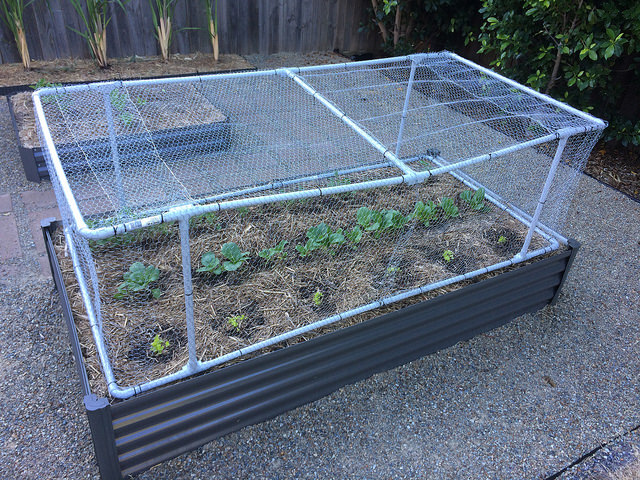 I’d probably should’ve scattered the seeds sparingly and more evenly across the bed (that’s why i’m a noob). This resulted in overcrowded clusters of vege which led to it becoming easy for pests like caterpillars and aphids to get around. There was also the rat that made the bed his night time buffet….before I got round to caging the vege and probably poisoning it with rat bait.

Overall the experience over the past 3 months has taught me that bokchoy tops the growth rate, followed by kailan and lettuce. Then again the lettuce  and kailan were almost totally demolished by the rat…while the bokchoy was relatively untouched. There are also a couple of pots in there with crowns of choysum and shanghai bokchoy (saved from the chopping board). Hopefully they will take root and grow.

Also called Chinese Broccoli / Chinese Kale. It is usually pricier than choy sum or shanghai bok choy in the market and it has a slightly richer/bitter taste + crunchier texture which makes it great for stir frying.

This is when i realised they are probably sown too closely (the seeds are really small…..).

But they seemed to be growing fine until the aphid and caterpillar situation came about during the 11-12th week. It’s something that is still being tackled daily and spraying it with water to flush it away from the leaves don’t quite work since these little buggers can climb (not very well, but they do regardless). 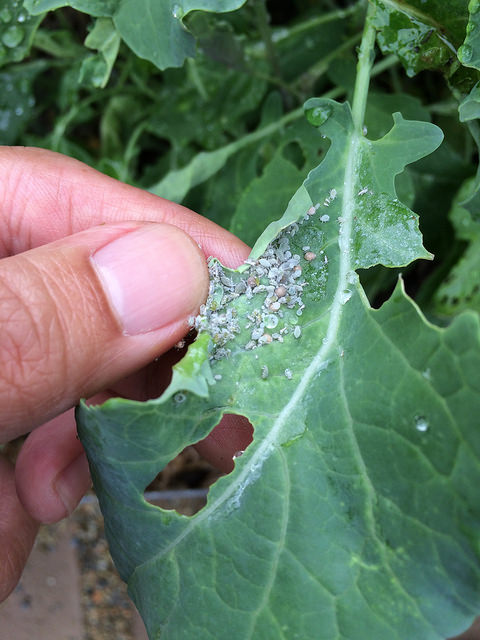 Decided to grow this since i had read that it can be grown year round (that is if we don’t get sick of eating these few veg all the time).

It was down to good luck that since they occupied the middle row and they weren’t snacked on much. Perhaps the rats did not like its taste and decided to go for the kailan and lettuce instead.

It also seemed to be more resistant to aphids and caterpillars. perhaps this is due to the waxier and hardier leaves (well, fingers crossed). Some of them have started to bolt and i’d probably let a couple mature and harvest their seeds for future crops.

I also experimented with cutting near the base (leaving 2-3 stalks of leaves whenever possible) instead of uprooted the whole plant while harvesting. It seemed that they are able to grow new shoots well within a couple of days after ‘decapitation’.

The vege that goes into burgers and salads, that’s what kiddo remembers.

The lettuce is still trying to recover from (almost total) eradication by the rats. So far it’s growing fairly well and it also seemed to be quite resistant to pests…again fingers crossed.