After about a week of on-off rain/showers during the mornings/nights, I’d slacked on the watering and fertilising. I’d previously spread some sheep poo on the beds and had thought that it’d be good for a couple of weeks. Unfortunately i had not realised that i’d missed my fortnightly dose of seasol and the rain probably also didn’t get to where they were needed. The result has been only too evident….

The cucumbers are wilting.

I’d previously thought that an aphid infestation at the bottom leaves had been dealt with, with the the removal of the affected leaves. But the leaves continued to get holes in them and turn dry and yellowish. I did find small curvy caterpillars under some of the leaves and removed as many as I could find. 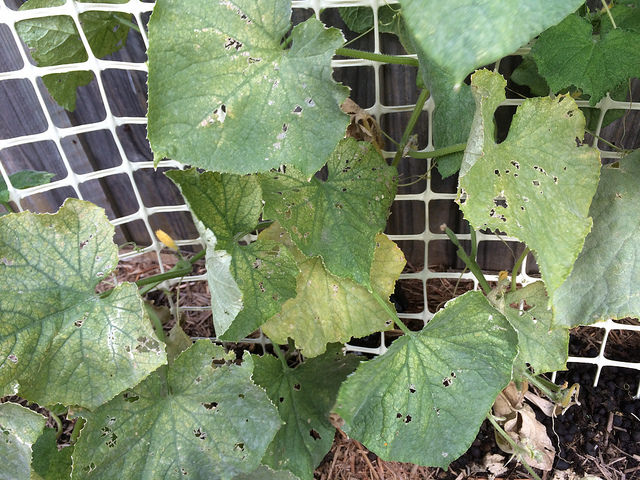 It may also be that with the onset of colder months, the cucumber plants have somewhat run their course and thus more susceptible to pests and whatever diseases that come their way. A advised by Uncle D, it’s perhaps best to harvest and re-sow when the weather becomes favourable again.

Snowpeas are getting mildew

Honestly they have been a neglected bunch. I was only too happy to be harvesting the peas near the top of the plants over the past month instead of realising the deteriorating condition at the bottom. 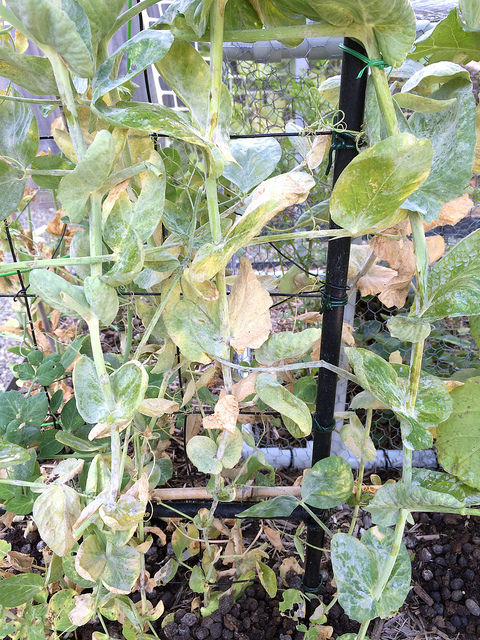 The mildew forms a whitish coat and have spread to almost all of the leaves at the bottom rung of the trellis. Google did offer great information from this very extensive gardening blog regarding the mildew…… 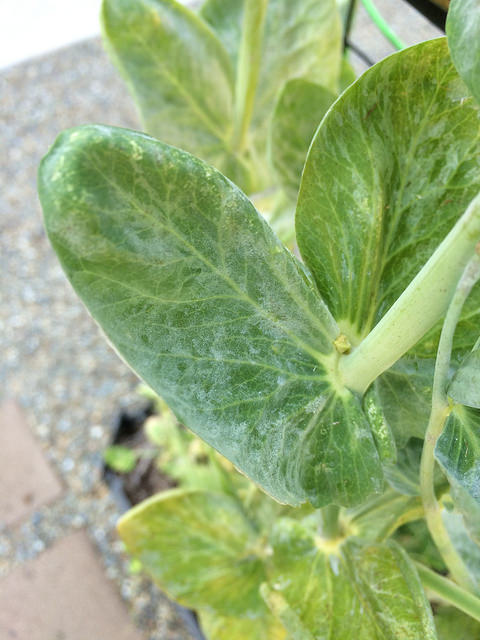 and the beneficial little yellow striped beetle that’s been chomping away on the fungus. I hope he brought along more of his friends. 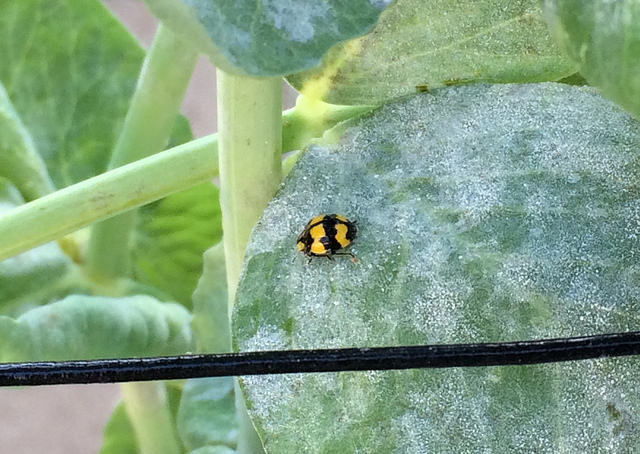 The blog also suggested that i should make up for the lack of potassium (sheep poo has not much potassium unfortunately) with seasol…and so the vege were all given a dose in the soil and also sprayed directly onto their leaves. Hopefully the injection of potassium will perk up the plants and there’d be no need to remove them 🙁