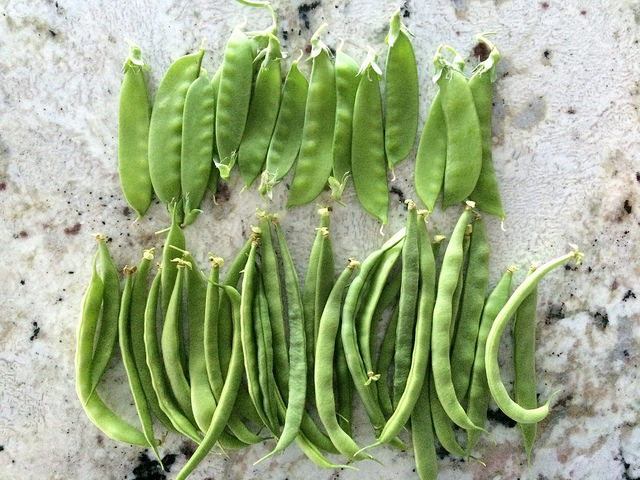 First harvest of the climbing beans…..about 15 weeks after planting.

They are longer and broader than the dwarf beans that we had. They were also a bit tougher. Did not attempt to stirfry them but rather boiled them to accompany a lamb/potato pie we got off the frozen section. Turns out to be rather sweet and crunchy. Looking forward to more of these before the weather turns colder…hopefully they survive.

Meanwhile there were still some snowpeas that I managed to salvage from the recent mildew infection…the top sprouts were ok for now.